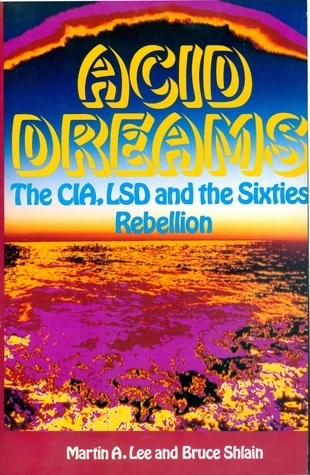 Acid Dreams: The Complete Social History of LSD: The CIA, the Sixties, and Beyond

By Martin A. Lee

About Acid Dreams: The Complete Social History of LSD: The CIA, the Sixties, and Beyond

Acid Dreams is the complete social history of LSD and the counterculture it helped to define in the sixties. Martin Lee and Bruce Shlain's exhaustively researched and astonishing account-part of it gleaned from secret government files-tells how the CIA became obsessed with LSD as an espionage weapon during the early l950s and launched a massive covert research program, in which countless unwitting citizens were used as guinea pigs. Though the CIA was intent on keeping the drug to itself, it ultimately couldn't prevent it from spreading into the popular culture; here LSD had a profound impact and helped spawn a political and social upheaval that changed the face of America. From the clandestine operations of the government to the escapades of Timothy Leary, Abbie Hoffman, Ken Kesey and his Merry Pranksters, Allen Ginsberg, and many others, Acid Dreams provides an important and entertaining account that goes to the heart of a turbulent period in our history.

“We do not see things as they are, we see them as we are.” —Old Talmudic saying

Leary claimed that he had always been opposed to the indiscriminate use of psychedelics. "For six years I have been in the unfortunate position of warning society that this was going to happen. We knew there was going to be an LSD panic. We saw it coming the way a meteorologist can see a hurricane coming …. But every attempt has been made to keep it underground. All that energy just cannot be kept underground." To insure good-quality LSD and proper use of the drug, Leary proposed seminars for high school and college students at special psychedelic training centers. These institutions would license responsible adults who wished to utilize LSD "for serious purposes, such as spiritual growth, pursuit of knowledge, or in their own personal development." And what about the lad who chooses military service rather than college? asked Senator Ted Kennedy, a member of the Juvenile Delinquency Subcommittee. "I should think that in the Army of the future," Leary responded, "LSD will be used to expand consciousness so that these men can do their duties more effectively."

Arthur Kleps grew peeved as he watched the politicians react with scorn and derision to Leary's testimony. When it was his turn to speak, he decided to get tough with his interlocutors. "Would you mind telling me if you are really called Chief Boohoo?" asked one southern senator. "I'm afraid so," Kleps replied. Whereupon he launched into one of the most outrageous diatribes ever delivered on Capitol Hill.

"It is difficult for us to imagine what it is like to have been born in 1948," Kleps ranted, "but it is very much like being born into an insane asylum." The Chief Boohoo was particularly irked by PDA commissioner Goddard's contention that LSD-induced mind expansion was "pure bunk" since it could not be measured by objective tests. "If I were to give you an IQ test and during the administration one of the walls of the room opened up giving you a vision of the blazing glories of the central galactic suns, and at the same time your childhood began to unreel before your inner eye like a three-dimensional color movie, you would not do well on the intelligence test."

About Martin A. Lee

Martin A. Lee is an American author and activist who has written books and articles on far-right movements, terrorism, media issues, and drug politics.