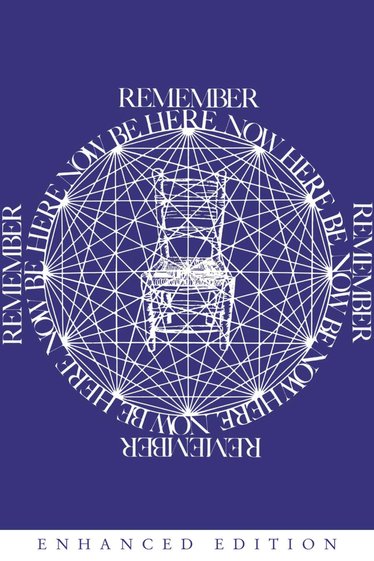 About Be Here Now

Beloved guru Ram Dass tells the story of his spiritual awakening and gives you the tools to take control of your life in this “counterculture bible” (The New York Times) featuring powerful guidance on yoga, meditation, and finding your true self.

When Be Here Now was first published in 1971, it filled a deep spiritual emptiness, launched the ongoing mindfulness revolution, and established Ram Dass as perhaps the preeminent seeker of the twentieth century.

Just ten years earlier, he was known as Professor Richard Alpert. He held appointments in four departments at Harvard University. He published books, drove a Mercedes and regularly vacationed in the Caribbean. By most societal standards, he had achieved great success. . . . And yet he couldn’t escape the feeling that something was missing.

Psilocybin and LSD changed that. During a period of experimentation, Alpert peeled away each layer of his identity, disassociating from himself as a professor, a social cosmopolite, and lastly, as a physical being. Fear turned into exaltation upon the realization that at his truest, he was just his inner-self: a luminous being that he could trust indefinitely and love infinitely.

And thus, a spiritual journey commenced. Alpert headed to India where his guru renamed him Baba Ram Dass—“servant of God.” He was introduced to mindful breathing exercises, hatha yoga, and Eastern philosophy. If he found himself reminiscing or planning, he was reminded to “Be Here Now.” He started upon the path of enlightenment, and has been journeying along it ever since.

Be Here Now is a vehicle for sharing the true message, and a guide to self-determination.

Then, along came a very lovely guy whom I had guided through some psychedelic sessions, an interesting guy, who had gone to the University of Chicago in his early teens and had taught seminars in Chinese Economics, had started a company called Basic Systems, which had been sold to Xerox, and now he had retired. He was about 35 and he had retired and taken his five million dollars or whatever he made, and was now becoming a Buddhist. He wanted to make a journey to the east to look for holy men and he invited me to go along. He had a Land Rover imported into Teheran and this was my way out. What else was I going to do at this point.

So I left to go to India, and I took a bottle of LSD with me, with the idea that I’d meet holy men along the way, and I’d give them LSD and they’d tell me what LSD is. Maybe I’d learn the missing clue.

Ram Dass, formerly Dr. Richard Alpert, became a multigenerational spiritual teacher and cultural icon spanning from the 1960s through his peaceful passing at his home on December 22, 2019. His zeitgeist shifting book Be Here Now sparked a watershed of Eastern spiritual traditions and practices to become accessible to a Western audience. After a life-altering stroke, Ram Dass spent the remainder of his life on Maui, continuing to write books, share teachings, and hold retreats.