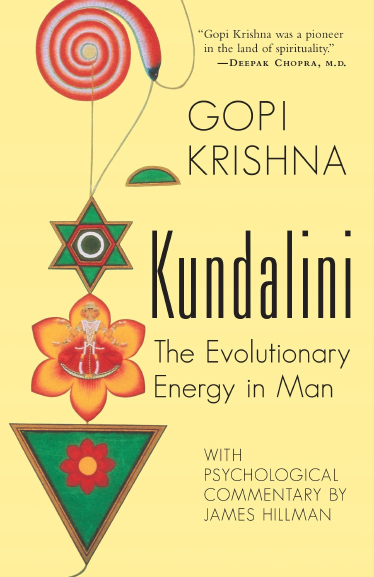 Kundalini: The Evolutionary Energy in Man

About Kundalini: The Evolutionary Energy in Man

Coiled like a snake at the base of the spine, kundalini is the spiritual force that lies dormant in every human being. Once awakened, often through meditation and yoga practices, it rises up the spine and finds expression in the form of spiritual knowledge, mystical vision, psychic powers, and ultimately, enlightenment.

This is the classic first-person account of Gopi Krishna, an ordinary Indian householder who, at the age of thirty-four, after years of unsupervised meditation, suddenly experienced the awakening of kundalini during his morning practice. The story of this transformative experience, and the author's struggle to find balance amid a variety of powerful physiological and psychic side effects, forms the core of the book. His detailed descriptions of his dramatic inner experiences and symptoms such as mood swings, eating disorders, and agonizing sensations of heat—and of how, with the help of his wife, he finally stabilized at a higher level of consciousness—make this one of the most valuable classics of spiritual awakening available.

What had happened to me? Was I the victim of a hallucination? Or had I by some strange vagary of fate succeeded in experiencing the Transcendental? Had I really succeeded where millions of others had failed? Was there, after all, really some truth in the oft-repeated claim of the sages and ascetics of India, made for thousands of years and verified and repeated generation after generation, that it was possible to apprehend reality in this life if one followed certain rules of conduct and practised meditation in a certain way? My thoughts were in a daze. I could hardly believe that I had a vision of divinity. There had been an expansion of my own self, my own consciousness, and the transformation had been brought about by the vital current that had started from below the spine and found access to my brain through the backbone. I recalled that I had read long ago in books on Yoga of a certain vital mechanism called Kundalini, connected with the lower end of the spine, which becomes active by means of certain exercises, and when once roused carries the limited human consciousness to transcendental heights, endowing the individual with incredible psychic and mental powers. Had I been lucky enough to find the key to this wonderful mechanism, which was wrapped up in the legendary mist of ages, about which people talked and whispered without having once seen it in action in themselves or in others? I tried once again to repeat the experience, but was so weak and flabbergasted that I could not collect my thoughts sufficiently enough to induce a state of concentration. My mind was in a ferment. I looked at the sun. Could it be that in my condition of extreme concentration I had mistaken it for the effulgent halo that had surrounded me in the superconscious state? I closed my eyes again, allowing the rays of the sun to play upon my face. No, the glow that I could perceive across my closed eyelids was quite different. It was external and had not that splendour. The light I had experienced was internal, an integral part of enlarged consciousness, a part of my self.

Gopi Krishna (30 May 1903 – 31 July 1984) was a yogi; mystic; teacher; social reformer; and writer. He was born in a small village outside Srinagar, in the Jammu and Kashmir State in northern India. He spent his early years there, and later lived in Lahore, in the Punjab of British India. He was one of the first to popularize the concept of Kundalini among Western readers.