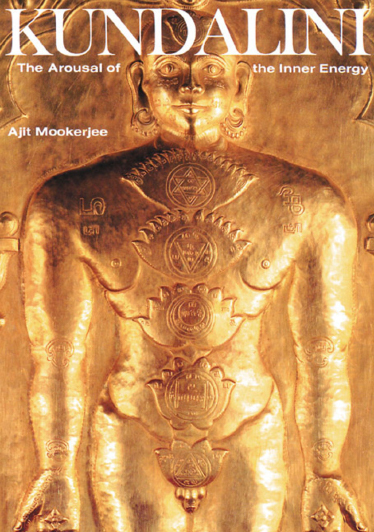 Kundalini: The Arousal of the Inner Energy

About Kundalini: The Arousal of the Inner Energy

Today in the West, scientists and philosophers, mystics and seekers of higher consciousness are intensively searching for means of releasing the vital energy (kundalini) that lies latent in each of us. Tantra, which does not deny the body, but harnesses its energies and powers for spiritual growth, is the most detailed and authoritative teaching of this kind in existence. In Kundalini: The Arousal of the Inner Energy, Ajit Mookerjee writes of the core experience of Tantra, the process in which the energy is awakened and rises throughout the energy centers (chakras) to unite with Pure Consciousness at the crown of the head.

Liberation while living is considered in Indian life to be the highest experience - a fusion of the individual with the universal. The individual manifestation is like a spark of the cosmos, as the human organism, the microcosm, parallels everything in the macrocosm. The complete drama of the universe is repeated here, in this very body. The whole body with its biological and psychological processes becomes an instrument through which the cosmic power reveals itself. According to tantric principles, all that exists in the universe must also exist in the individual body. If we can analyse one human being, we shall be able to analyse the entire universe, because it is believed that all is built on the same plane. The purpose is to search for the whole truth within, so that one may realize one's inner self, unfolding the basic reality of the universe.

Indian scholar Ajit Mookerjee, born December 29, 1915 in Nalia, Faridpur, Bengal, India (now Bangladesh), has had a long and distinguished career as an expert in the field of traditional Indian art. In addition to his directorial posts at museums dedicated to this subject, he has written numerous scholarly books during his three decades of professional activity.